Over the holidays I picked a mild day to take a photo walk around Montréal’s Hochelaga-Maisonneuve district looking for doors for this recent Thursday Doors post.

One of the unexpected treasures I came across in this densely populated working class neighborhood was this gem:

Located at 4120 rue Ontario East, la Bibliothèque Maisonneuve has a storied history that dates back to the days before the now defunct town of Maisonneuve was annexed by the city of Montréal.

The tourist information billboard out front explains to visitors that before being  incorporated as a municipality in 1883, the village of Maisonneuve was just another quiet farming community on the island of Montréal.

The village was located several miles east of the downtown core, just outside of Montréal’s territorial limits of the day. Thanks in large part to the long stretch of deep water St-Lawrence River shoreline that allowed for the construction of one of Canada’s largest cargo ports, Maisonneuve’s local landowners went on an unprecedented development spree.

Port access to ocean going vessels meant access to raw materials, offered a departure point for finished goods, and gave nearby factories and merchants a doorway to the world. Within two decades the newly incorporated town of Maisonneuve had an industrial output that was second in the province of Québec, (its neighbor Montréal was first), and fifth in all of Canada.

People flocked to Maisonneuve by the thousands to work in the tanneries, textile plants, slaughterhouses, a major tobacco plant, and a sugar refinery, to name but a few of the hundreds of employers that sprung up in those prosperous years.

Of course the new town needed a city hall, so a well-known Montréal architect, Cajetan Dufort was commissioned to design and construct what would be Maisonneuve’s first of several grand civic projects designed to highlight the young boomtown’s coming of age: 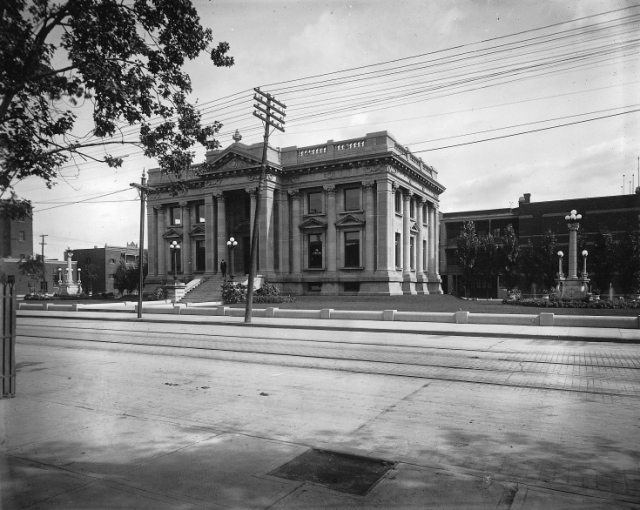 Built between 1910 and 1912 and designed in the Beaux-Arts style this now-protected heritage status building served as the Hotel de ville (City Hall) de Maisonneuve.

Unfortunately, due to the growing public debt from all the spending to finance such rapid expansion, the town ran out of money and was annexed by Montréal in 1918. Many factories closed or moved away and took their jobs with them. The community stagnated and slowly went into a decline that it has never quite recovered from.

Since Montreal already had a grand city hall of its own, it certainly didn’t need another one. Luckily however, someone did see the value of this beautiful structure, so rather than tearing it down in favor of some new development project, the building changed hands several times and served multiple vocations over the years. 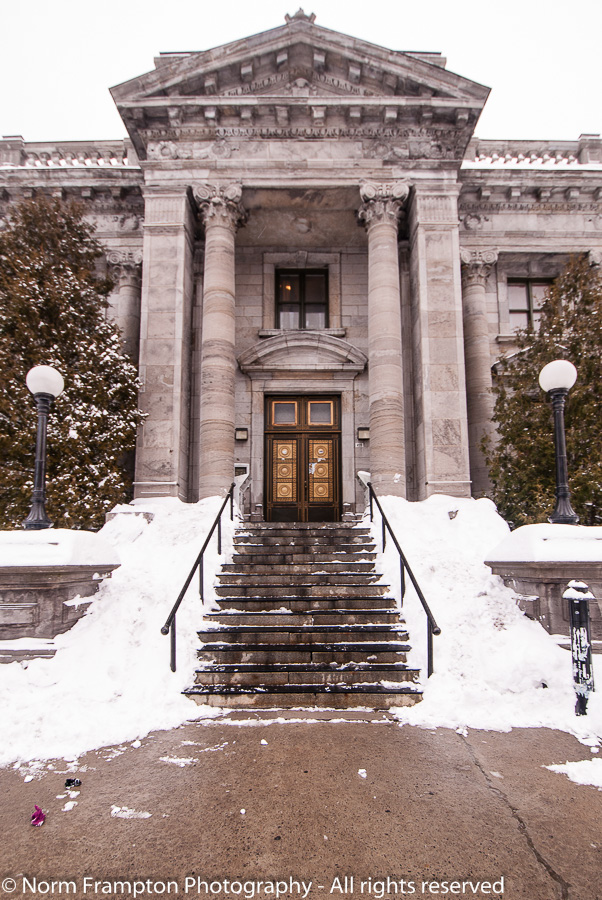 I made my way up the front walkway thinking about all of the incarnations this wonderful structure had been through over the last 9 decades.

Finally in 1981 the city decided on its current vocation, converting it yet again; this time into one of the east end’s busiest and most beautiful public libraries.

Oh, and it also has one of the most gorgeous sets of steel and bronze doors I’ve ever seen: 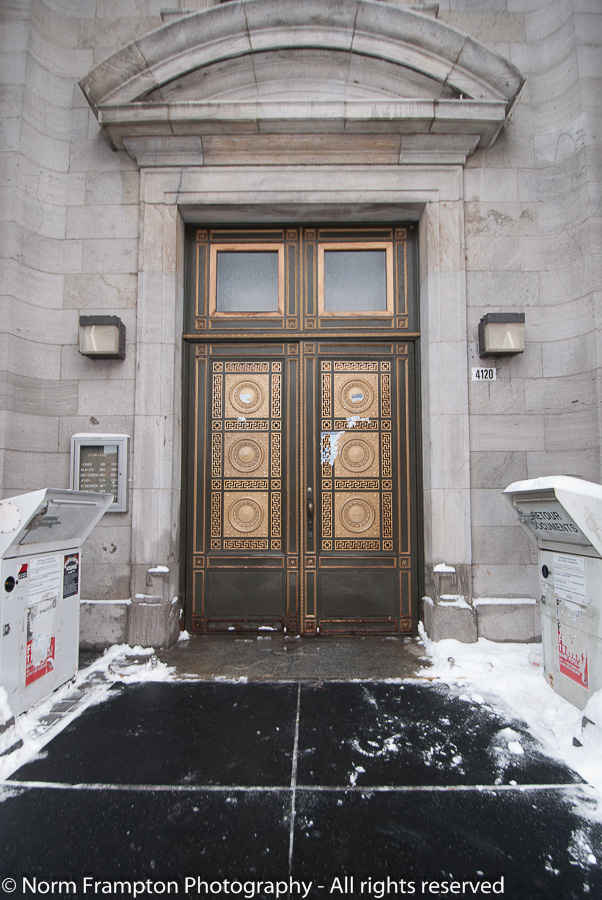 It was closed due to the holiday when I was there but I’m looking forward to going back to explore the interior of this place some time soon.

As always, I thank you for reading 🙂

This site uses Akismet to reduce spam. Learn how your comment data is processed.

Travels | Both Near & Far

Enjoy a Delicious Dinner on a Budget!

And then I stop and sit and eat.

Life In A Suitcase

Decided to give up my home and travel to unknown destinations providing healthcare to the underserved. Also an Indie Author and Amateur Photographer. Take my hand and travel along with me, let's learn from each other and somehow make this world a little better. All photographs on this website are my own. Sincerely, Cathy aka Polley93

I lost my lens cap..
LIVING WITH MY ANCESTORS

Mostly photos with a dash of stories

Colouring by touch : altering by thought : fed by feeding.