Thursday Doors is a weekly feature allowing door lovers to come together to admire and share their favorite door photos from around the world. Feel free to join in on the fun by creating your own Thursday Doors post each week and then sharing your link in the comments below, anytime between Thursday morning and Saturday noon (North American eastern time).

During this summer’s short visit to Kingston and the Thousands Islands region of the Saint Lawrence Seaway we took a river cruise through the Islands to visit one of the major tourist attractions on the American side, Boldt Castle.

Multi-millionaire New York City hotelier George Boldt (of the Waldorf-Astoria) began construction on this 6 story, 120 room castle on his private island on the Saint Lawrence River in 1900. It was meant to be not only a family summer retreat but a gift and sign of his love and devotion to his wife Louise.

Hey ladies, when was the last time YOUR sweetie built you a castle?

At the time Bodlt’s massive construction project employed close to 300 tradespeople including stonemasons, carpenters, landscapers, and artists. Upon completion it would have become one of the largest private home in the U.S.

Work continued on the castle for almost four year until it all came to an abrupt end in January of 1904. Louise had died suddenly and a broken-hearted Boldt couldn’t see the point of continuing building Louise’s dream home if she wasn’t there to enjoy it.

He telegraphed the crew on the island and instructed them to immediately “stop all construction.”

Still in the original shipping crate.

Boldt would never set foot on the island again and the site was left abandoned to the elements for 74 years until it was acquired in 1977 by the Thousand Islands Bridge Authority.

The Bridge Authority purchased it from the family for $1.00 with plans to repair and bring the castle back at least to the state it was in when work was halted in 1904.

Hopefully it would then be able to attract tourists to the area, and all revenues from tours of the site could be used to finance any upkeep and repairs.

As you can see the initiative seems to have been a resounding success. 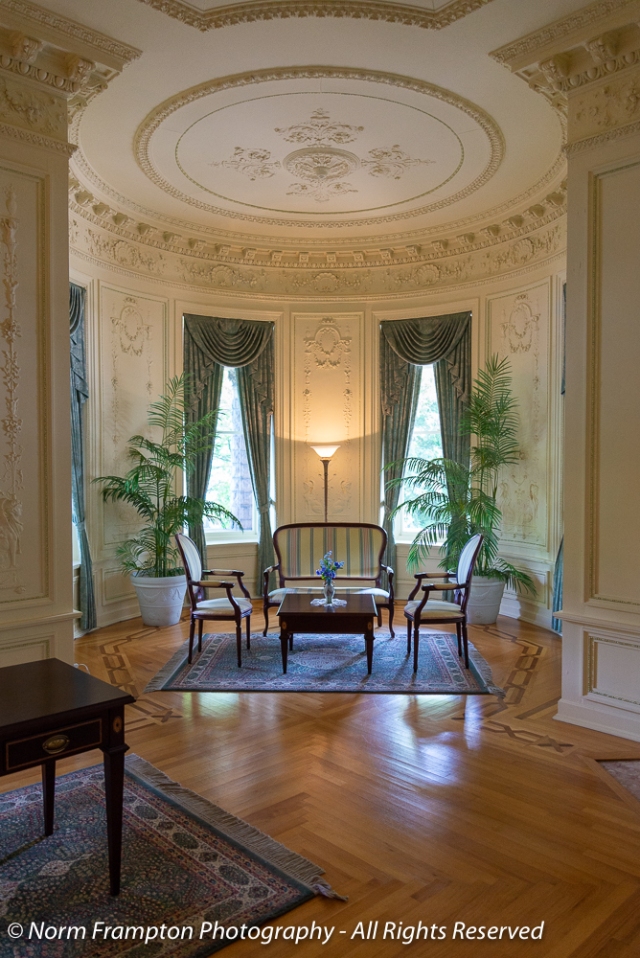 To date over $15 million has been spent to bring the home back to its former glory and beyond. 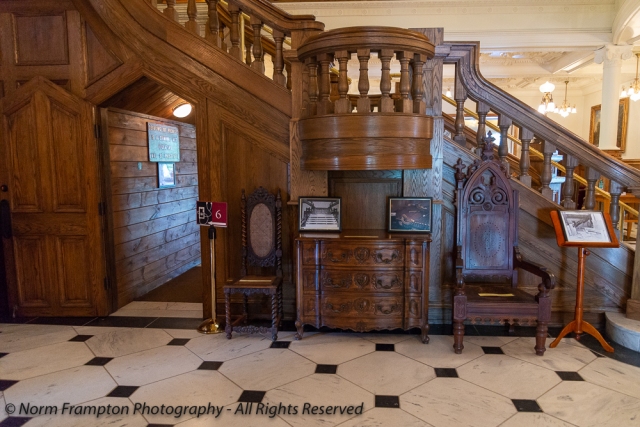 The opulence that shines through in the woodwork, the light fixtures, the floors, the trim, the artwork, the furniture,  and every little detail on the first floor and parts of the second floor are just breathtaking to behold.

Each summer tens of thousands of tourists visit the island from both the American and Canadian sides of the river to marvel at the tribute Boldt had intended to build out of love for his wife. 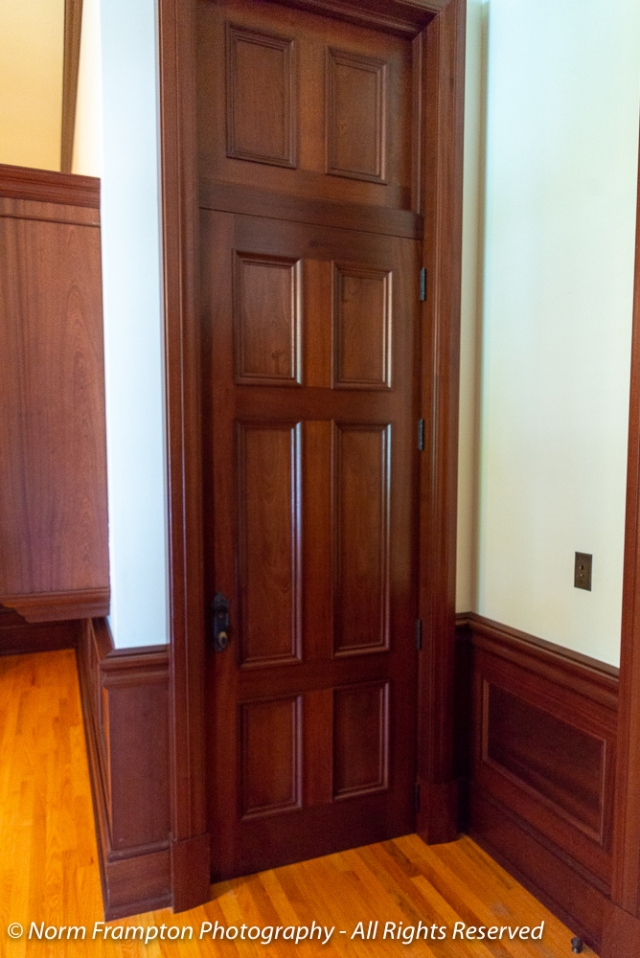 As the money keeps coming in the Bridge Authority is mulling over whether or not to go beyond the point of the initial construction and complete and decorate the upper floors according to the original plans. 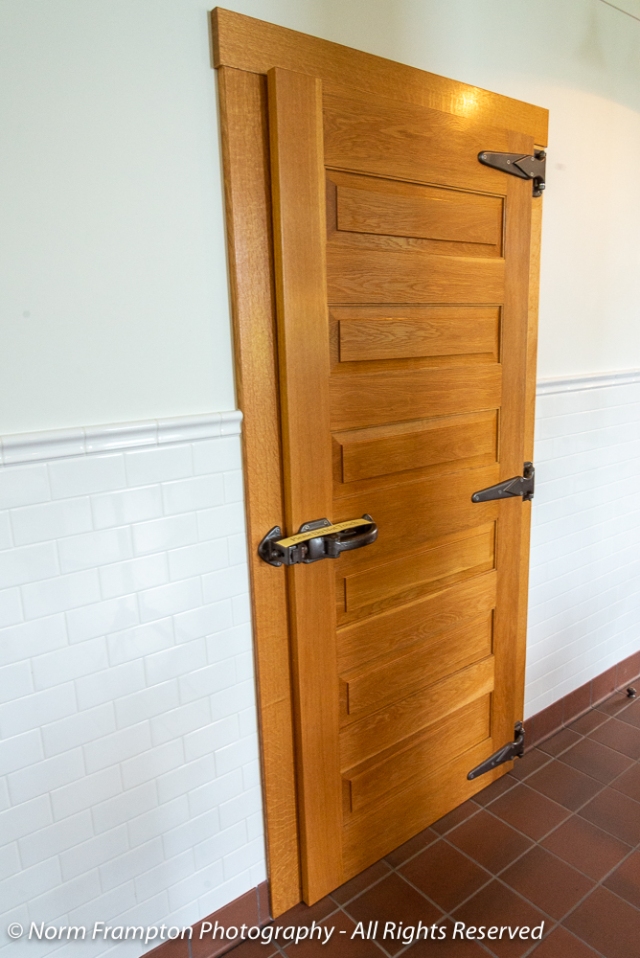 Door to the walk-in refrigerator.

Even if they don’t finish it completely, Boldt Castle as it is now is quite a sight to behold.

If you are ever in the area of the Thousand Islands region of upstate New York or south-eastern Ontario, and you have a few hours to spare, a tour of Boldt Castle is well worth the visit.

Next week we’ll have a look around upstairs and take a look at the rest of the grounds. Until then, as always I thank you for your visit 🙂

Don’t forget that if you share your blog posts on social media, use the #ThursdayDoors hashtag to help others find you, and please do take a few minutes to visit some of the Thursday Door posts shared by others.

Supper Plate-Delicious Dinners on a Budget!

Delicious Dinner on a Budget!