Okay folks I will be the first to admit that this post is going to be a little sparse on doors and that among the doors included this week, 0% of them are sexy 😀

However, this post does contain some fascinating history and one of the most original and iconic pieces of Montréal architecture ever produced.

But first a little backstory:

In 1967 as part of the celebrations for Canada’s centennial, Montréal was chosen to host the World’s Fair.

Opening in April, Expo 67 was a resounding success with over fifty million visitors going through its turnstiles in six months; making it to this day one of the top three best attended fairs in history.

Fast-forward fifty years and the legacy of Expo 67 lives on in our city through a number of the iconic structures that were built for it.  Arguably the most famous of these is the urban residential design experiment known as Habitat 67.

The brainchild of Israeli/Canadian Moshe Safdie, Habitat 67 started out as his Architectural Masters Thesis project at McGill University. A few years later at the relatively young age of 25, Safdie was given the green light to turn a modified version of his baby into a reality and then show it off to the world.

As one of the primary pavilions for Expo 67, Habitat used modern design elements and building materials to present the world with another option to avoid urban sprawl, one that didn’t include high-rise apartment towers.

The intent of the project was to provide affordable living spaces within densely populated areas that were both functional and aesthetically pleasing.

Safdie used 354 prefabricated concrete cubes of 600 sq ft (60 sq m) of living space, stacked over 12 stories in seemingly random patterns, interconnected to make up a total of 158 separate, one to four-bedroom apartments.

The goal was to provide each resident with views on three sides, relative privacy by deliberately stacking the cubes in such a way that there were no direct views into adjoining cubes, and giving it all less of an urban feel with each unit having its own private outdoor garden/terrace space, by using part of the roof of the cube below it.

The affordability aspect of the project was a failure. Using new, untested and unproven construction techniques, cost overruns were inevitable. At the end of Expo 67 all the apartments were offered up for rent.

However, because of the overall cost of the project, rents being charged for these apartments were 3-4 times that of similar sized living spaces elsewhere in the city. 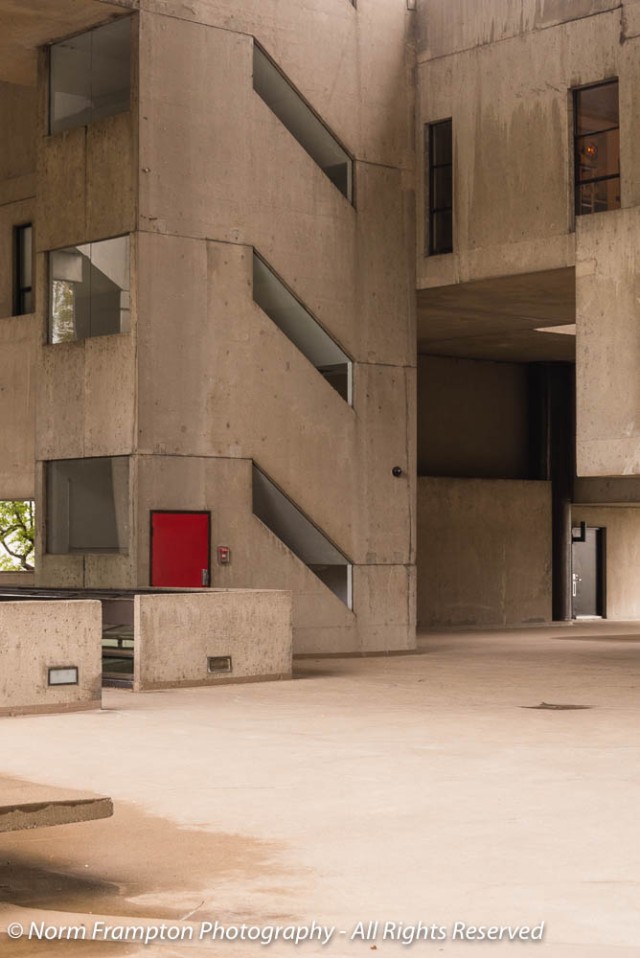 Despite the cost issues, from a design originality and innovation point of view, Habitat 67 has always been widely respected in architectural circles; so when we heard that guided tours of the complex were available this year for the 50th anniversary of Expo 67, we jumped at the opportunity.

Though we would have preferred nicer weather, we had a wonderful day visiting this unique structure.

As an added bonus we were able to visit one the currently uninhabited single-cube one-bedroom units to get a closer look.

It was difficult to get good shots with 19 other people inside a one-bedroom apartment but here are some of the ones I got:

Not much has changed in this unit since 1967! But hey, note the pocket door on the right.

A nice view to wake up to each morning.

Built on a man-made peninsula that shelters the Old Port from the faster currents of the St-Lawrence River, residents are afforded beautiful views of downtown on one side 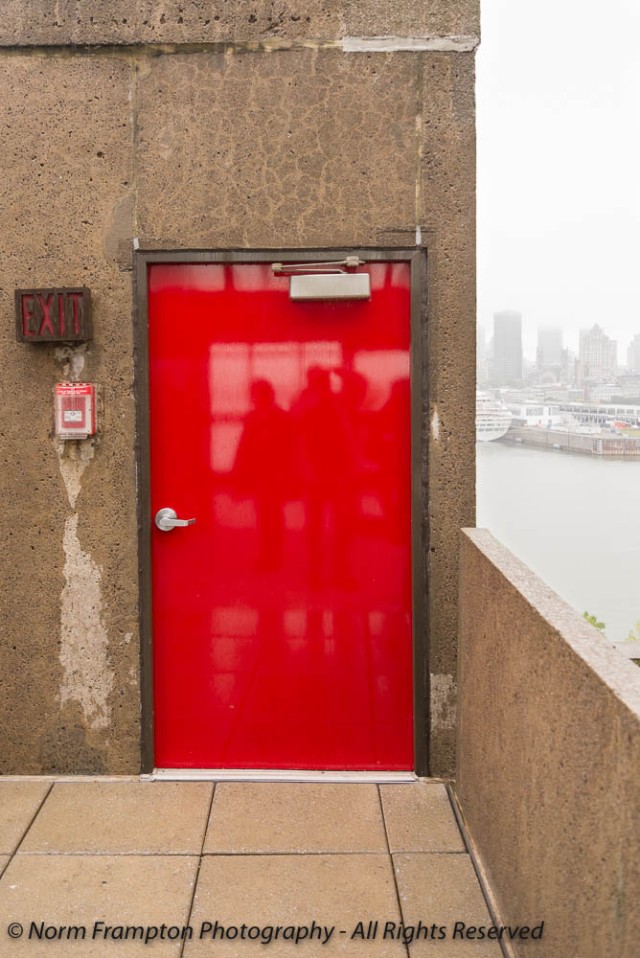 Semi- selfie (doorfie) and a peek at the city through the fog.

and the seaway and south shore suburbs on the other.

Urban surfing dudes! Riding a standing wave in the river on the south shore side.

In 1985 the tenants of Habit 67 formed a limited partnership and purchased the building from the government agency that owned it. Today the building consists of 146 individual apartments.

A sneak peek inside a unit undergoing extensive renovations

If you find the modular design makes you think of Lego blocks you’re not alone. Safdie himself admitted to using Legos for some of his initial models of the project. Many years later in 2012, Habitat 67 won a worldwide online Lego architecture poll, adding it to a list of famous buildings made into a special replica Lego set. 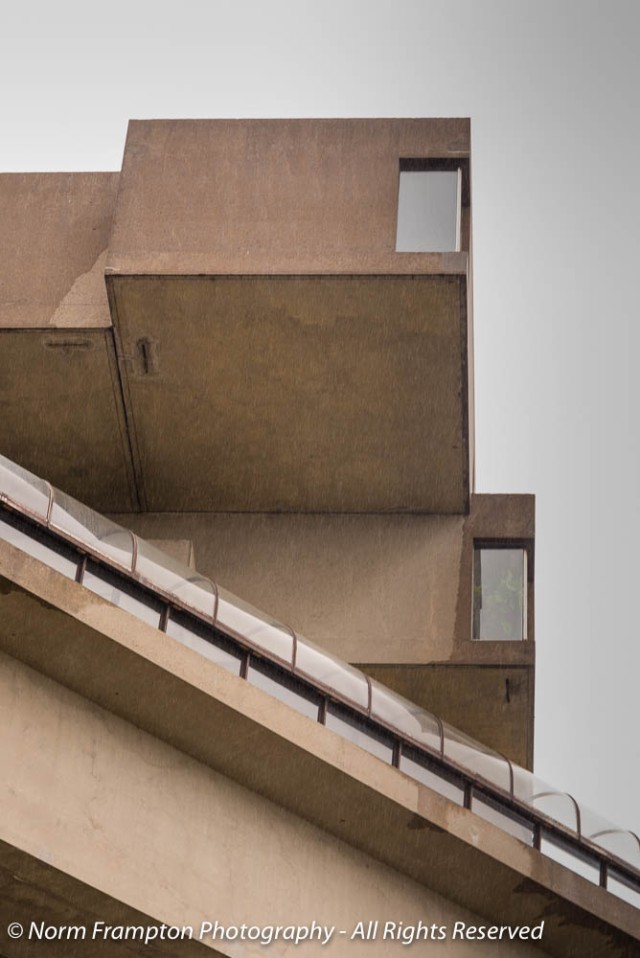 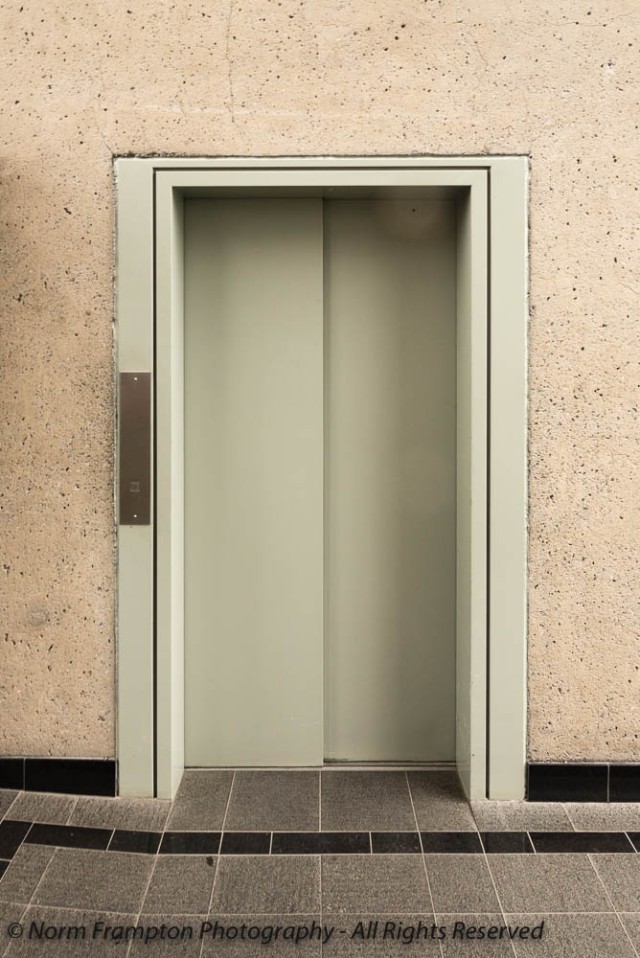 Not exactly in-line with Safdie’s idea for affordable housing 😦

As for peoples’ opinions of Habit 67; it seems to be one of those all or nothing architectural projects.

Either you love it for it’s bold innovative design and desire to bring people closer to nature within in the city.

Or you hate it for its over-use of bleak beige concrete and its blocky angular lines. 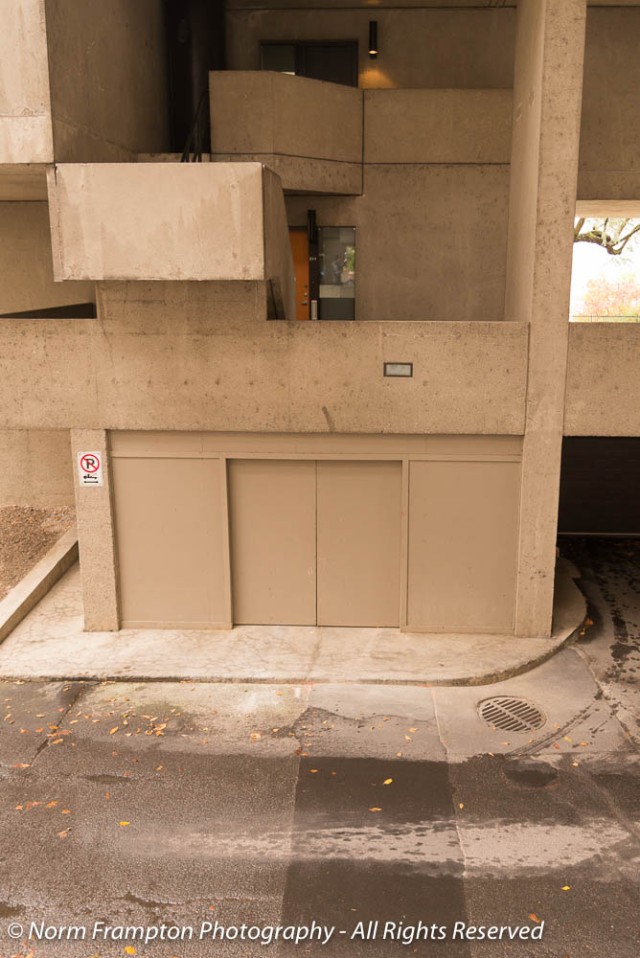 Though I doubt I’d want to live there myself, I do appreciate the uniqueness of the place.

What do you think? Is Habitat 67 the kind of apartment living you could get used to?

As always, thanks so much for visiting 🙂