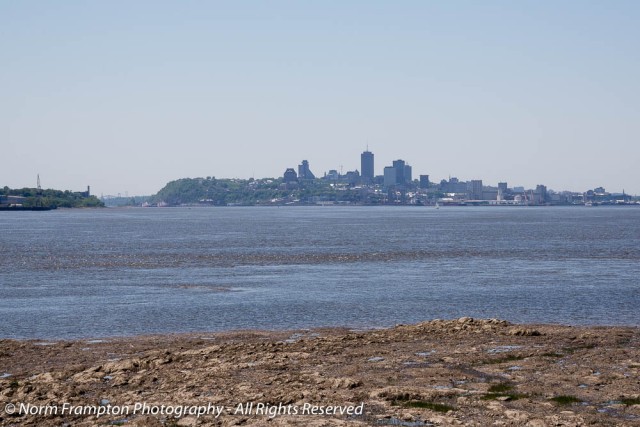 where the St. Lawrence River widens at Montmorency Falls as it starts to open into the gulf of St. Lawrence, you’ll find the bridge that takes you to historic Ile D’Orleans.

With its unique micro-climate tempered by the river, the island has been farmed continuously for hundreds of years. In fact upon his first visit to the island in 1535, French explorer Jacques Cartier named the island Bacchus Isle, for the Roman god of wine, because of the many grapes he found growing there.

Often referred to as the cradle of French North America, the first colonists from the Normandy and Poitou regions of France began settling on Ile D’Orleans as far back as the 1650’s. In fact, quite a few of today’s French Canadian families can trace their roots back to early settlers who made the island their first home in the new world.

The island is almost 34 kilometers (21 miles) from tip to tip, and around 8 kilometers (5 miles) at its widest point, leaving lots of room for big well spaced farms.

Today you’ll find not only wineries, but strawberry and potato farms, apple orchards, and maple syrup producers, as well as a few local cheese-makers and even a few chocolateries 😛

The main road that circles the island, Chemin Royal (the Royal Road) was first completed in 1744. Back then this road was an essential lifeline for island inhabitants. Today it’s a popular way for day-trip drivers, and cyclo-tourists to take in all of the beauty the island has to offer.

Because people were so spread out, many were too far removed from the island’s few towns and villages. Even for the most devout Catholics, attending church on a regular basis was near impossible when the closest parish was many kilometers away. 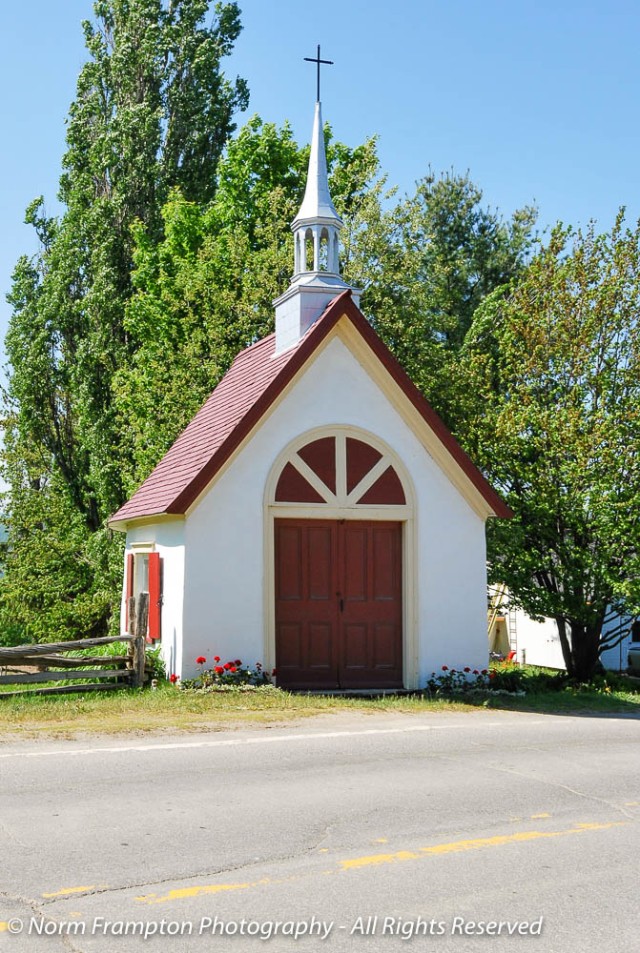 To accommodate these people a series of strategically spaced one-room chapels were built on donated lands along the island’s Chemin Royal. 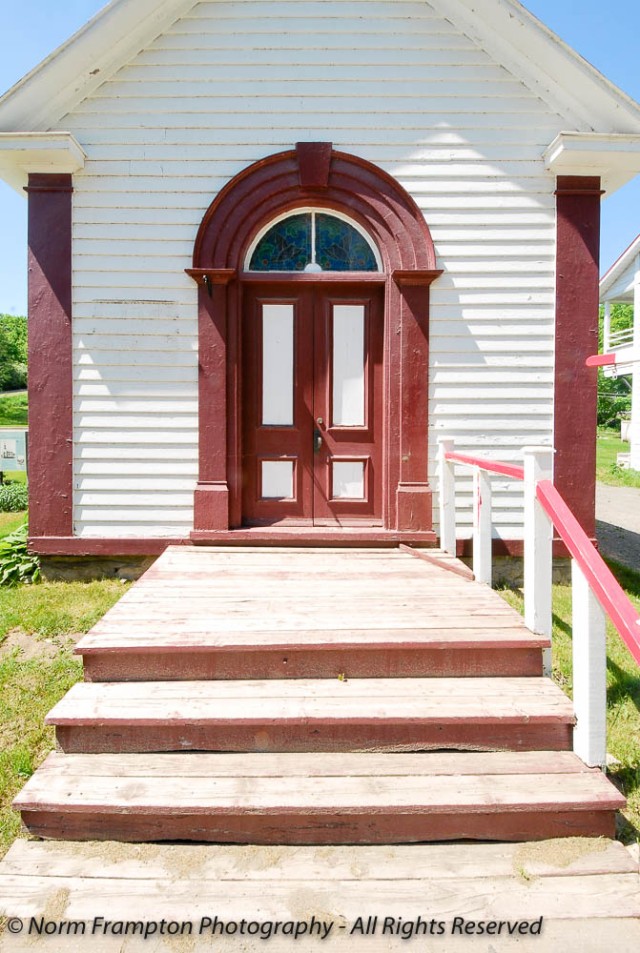 These chapels were rarely staffed but at least the faithful had a place to go to pray, or to offer thanks for a bountiful harvest or a good fishing season, and for weary travelers to stop for a moment along their journeys.

Of the nine Chapelles Reposoirs that were left at the end of the 19th century, six are still standing.  On my recent doorscursion to the island, I was able to find four of them. 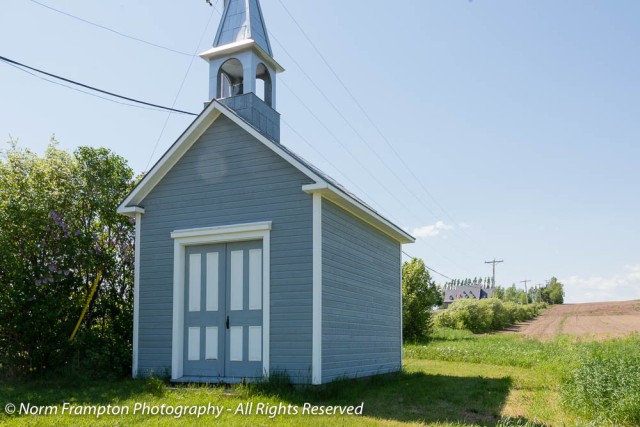 Frankly since they’re all supposed to be along the main road I really don’t know how I missed the fifth and sixth ones, but at least it gives me another excuse to go back 😉

As always, thanks so much for visiting 🙂