The city’s 375th anniversary is a pretty good excuse to highlight some of our historic buildings and as we move into milder doorscursion-friendly weather I’m hoping to get around a little more in order to do just that.

This week we’ll look at the Bank of Montréal’s Head Office Building in Old Montréal.

Note: These pics were taken a few weeks ago when there was still some snow on the ground. Thankfully the snow has melted since then.

In June of 1817 along with eight local merchants, a wealthy British loyalist named John Richardson formed a partnership to found the Bank of Montréal. In November of that year they began operating out of a rented house near the old port, establishing it as the oldest banking institution in Canada.

Within a short time they moved into their own building nearby, several streets south of the old port in 1819.

Of course a bank that was within walking distance of the trading ships, and merchants’ warehouses of the old port was destined to flourish, and with their success they were able to move to the current location they built for themselves on rue St-Jacques in 1847, in the northwest corner of Place D’Armes square, across from the city’s most famous church, the Notre-Dame Basilica.

Yes, this place has some great doors that we’ll look at next week.

The irony of English business money and old religious French Catholic values sitting directly across from each other is depicted in a 2-piece sculpture that sits at each end of the square today. 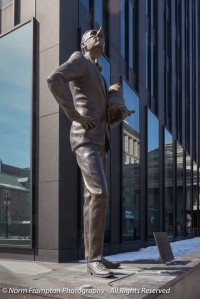 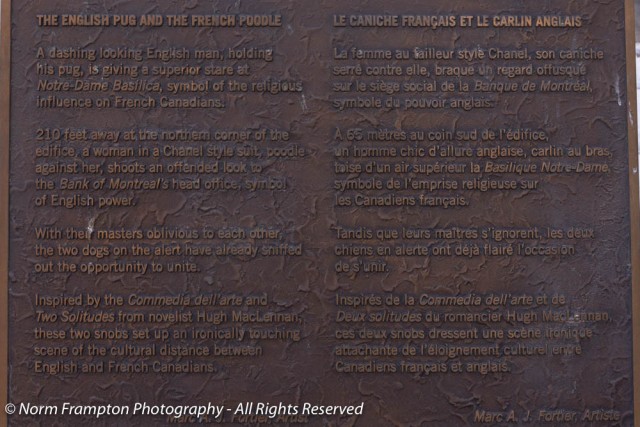 I’ll let the plaque explain it

The head office building was designed by architect John Wells. With its pantheon-like facade it almost has ancient Roman vibe to it; which is not surprising for the times, as banks took full advantage of the dramatic effects of these lavish structures to instill confidence in their customers. I guess the logic went something like, “If we can afford to build places like this, then your money is safe with us.” 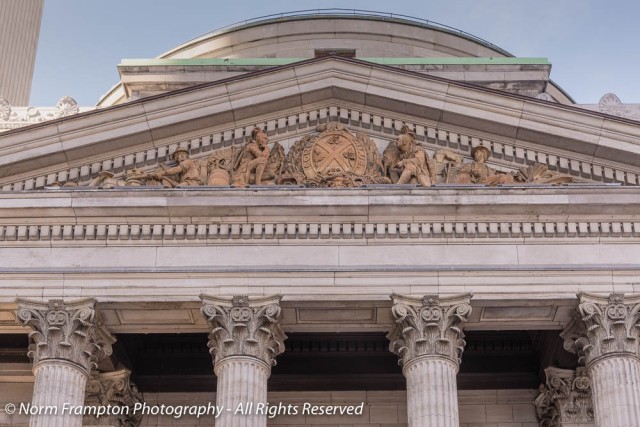 My how times have changed. Mostly today’s consumers lean towards, “If you can afford to build a place like this then you’re making too much money and probably overcharging me.” 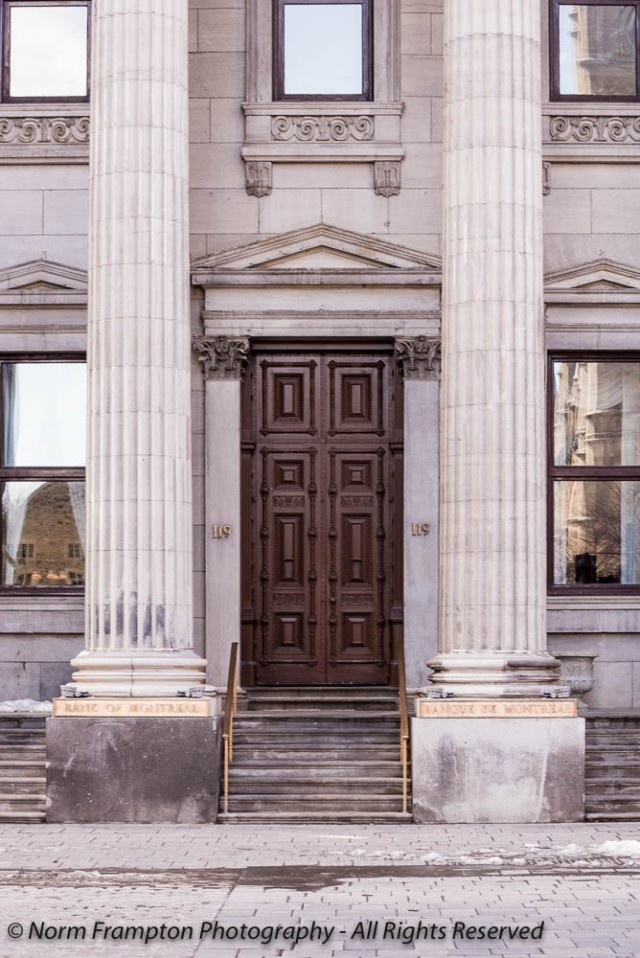 Beyond the facade, the rest of the building was redesigned and expanded in 1905. Today the lavish interior echoes the success of this institution and even contains a small Bank of Montréal Museum that is open to visitors at no charge, during banking hours.

If I can get back there on a weekday when the bank is open, I will definitely make sure to take a peek inside. 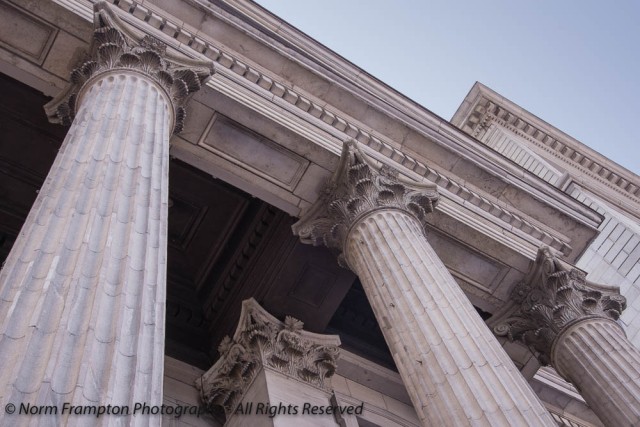 Despite the fact that this is still called their head office building, the corporate operational head-office of the Bank of Montréal relocated to downtown Toronto back in 1977, due to political uncertainty caused by the election of Quebec’s first separatist-led provincial government the previous year.

Today the Bank of Montréal aka BMO is the fourth largest bank in Canada with over 7 million customers served by 900+ branches from coast to coast – though only a handful are as lavish as this one.

By the way, if you were ever wondering where to invest that nest-egg you’ve been hiding under your mattress here’s an interesting tidbit: This company has not missed a quarterly dividend payment since 1829! That’s right folks, they’ve payed dividends to their shareholders consistently all through World War I, the Great Depression, World War II, and even the 2008 global financial/banking crisis. This makes the BMO’s dividend payment history one of the longest uninterrupted streaks in the world.

Now if you’ll excuse me, armed with that information I think I have some stocks to go buy 😉

As always, thanks so such for visiting 🙂