I swear folks I’m not trying to convert anyone, but it just seems that whenever I go on a doorscursion lately, the beautiful churches around here keep jumping out at me.

This week’s edition features the doors of Le Gesù Church and concert hall in downtown Montréal.

Despite having lived in the city for the first 40 years of my life, Le Gesù is in a part of downtown that I never really had reason to frequent. In fact I was not at all familiar with this place other than recognizing the name as a somewhat popular venue for local French language theater.

That’s right, until we stumbled across the place while walking around downtown last weekend, I didn’t even know there was a church here. 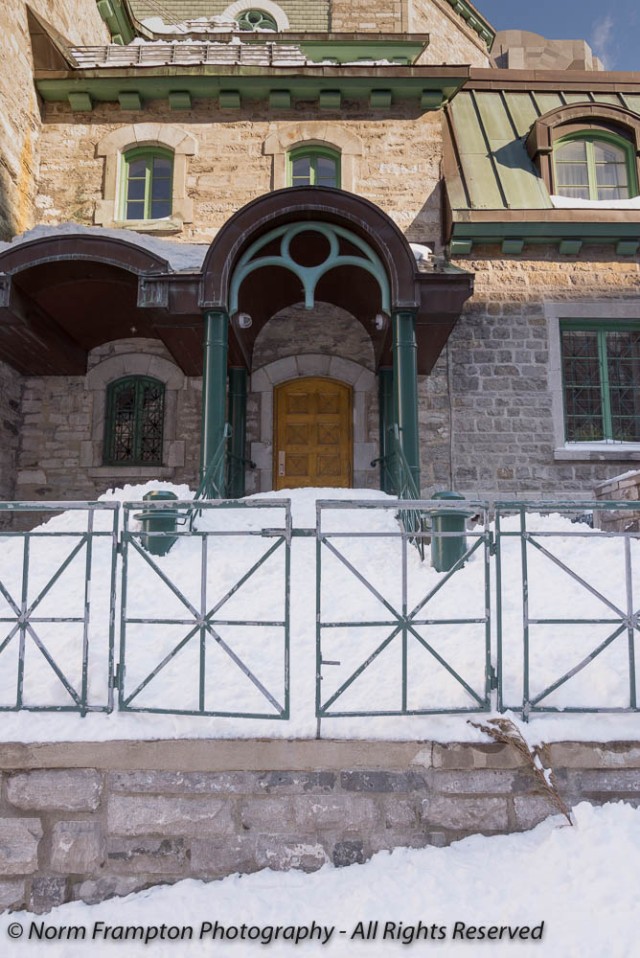 As we approached at street level we saw posters for some of their local upcoming shows and as I got closer I saw the name and thought to myself, ah so this is where the Le Gesù theatre is.

It wasn’t until I took a few steps back and then tried going around the place that it dawned on me: this place was just way too huge to simply be a small theater. 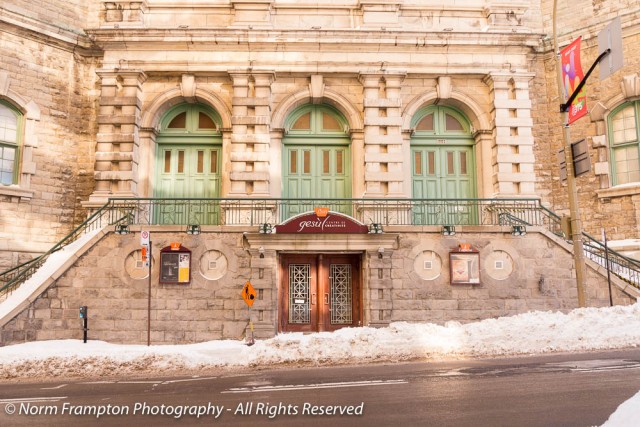 Let’s see: huge old stone building, large stone steps leading to enormous doors, a dome, stained glass windows and crosses everywhere; before thinking I blurted out, “Hey is this place a church too?”

Honey looked at me like I was from Mars and because she’s so much more civilized than me she simply replied, “Um yeah, since like forever….”

If the shoe had been on the other foot I know I probably would have replied something a bit more sarcastic like, “D’UH – great detective skills there Sherlock.” 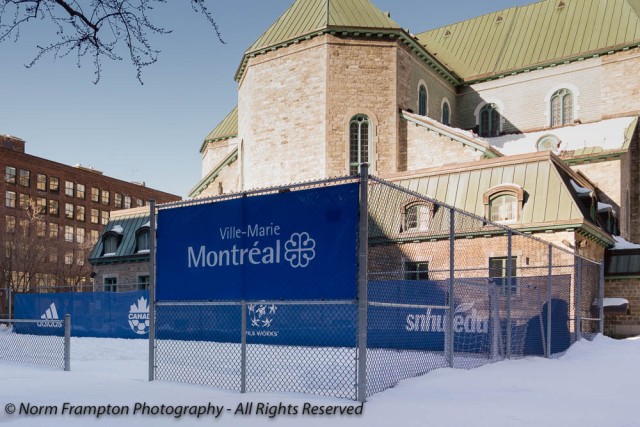 Note to self: dome at the rear of building = probable church

Anyway, I clearly had me some researching to do 😀

According to the Wikipedia entry on the place Monsignor Ignace Bourget, second bishop of Montréal, wanted all churches in his diocese to replicate the architecture of Roman churches.

This was reflected in the design of  Mary Queen of the World Cathedral which we looked at in posts a few months back here and here.

The Jesuit-run Collège Sainte-Marie was built south of the church. It was demolished in 1975 and a hotel/office tower was built in its place, but Le Gesù was preserved and underwent extensive restorations in 1983.

Irish-American architect Patrick Keely developed plans that drew heavily on the Church in Rome. The Gesù in Montreal retained the Italian name of Jesus, found in its Roman counterpart. 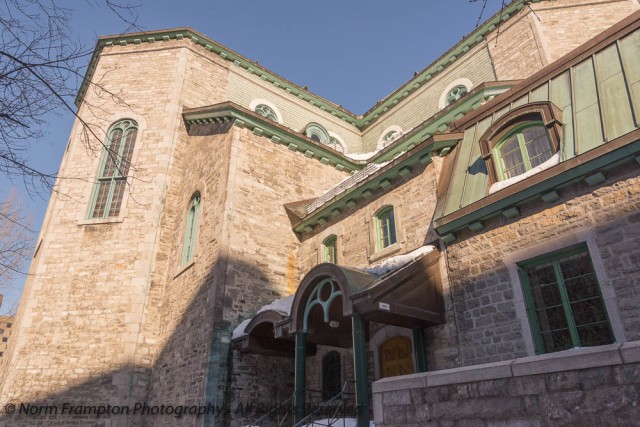 Though not an exact replica of the one in Rome, it is nevertheless a very large church of about 4,400 square meters (47,000 sq ft) with a vault height of 22.9 meters (75 ft) above ground level. It is also the only entirely baroque-style church in Montréal.

The basement was originally designed as a 1200 seat amphitheater for the collège. Opened not long after the church in 1865, it is one of the oldest cultural centers in Montréal and it included an orchestra pit and a revolving stage.

Today after multiple redesigns and subdivisions, the main theater holds 425 seats with several smaller halls available to rent for performance art, meetings, and other functions.

Judging by what we saw from the exterior we’re going to have to go back soon to see the inside of the church AND the theater, especially now that I know that it’s both 😀

As always I thank you for stopping by.